The Evolution of Adaptive Segmentation

I believe that innovation comes from people who have an unstoppable drive to improve the world and are placed in an environment with constrained resources. This is why top sports players have their best games when playing against the most challenging opponents. And “threading the needle” wouldn't mean much if the eye of the needle wasn’t so tiny. It is exactly these challenging and constrained environments that innovators who have it in their veins look for, and are the cauldron from where innovations are conceived.

The Illumio journey started in such an environment (as many successful startups do).

For us, it began in a world where choke-point firewalls were not able to keep up and deliver security segmentation that was sufficiently dynamic to keep up with today’s modern data center and distributed application needs. Dev ops, microservice architectures, public cloud, and containers are all parts that fueled the evolution of the dynamic and distributed data center, but were causing strain and tension on those traditional security segmentation solutions.

Illumio’s initial innovation around the Adaptive Security Platform (ASP) came to address those challenges directly. Some key foundational elements were identified that would allow us to build our solution:

It was with those key insights and components on which we built the ASP and brought it to customers.

The next phase of the journey was to understand that adaptive segmentation itself was more than just being dynamic and flexible, adjusting to the different ways applications were being deployed. It was understanding that adaptive segmentation is many tools, and ensuring that each tool is the right one for a different type of job. Customers needed:

Range of Adaptive Segmentation by Illumio 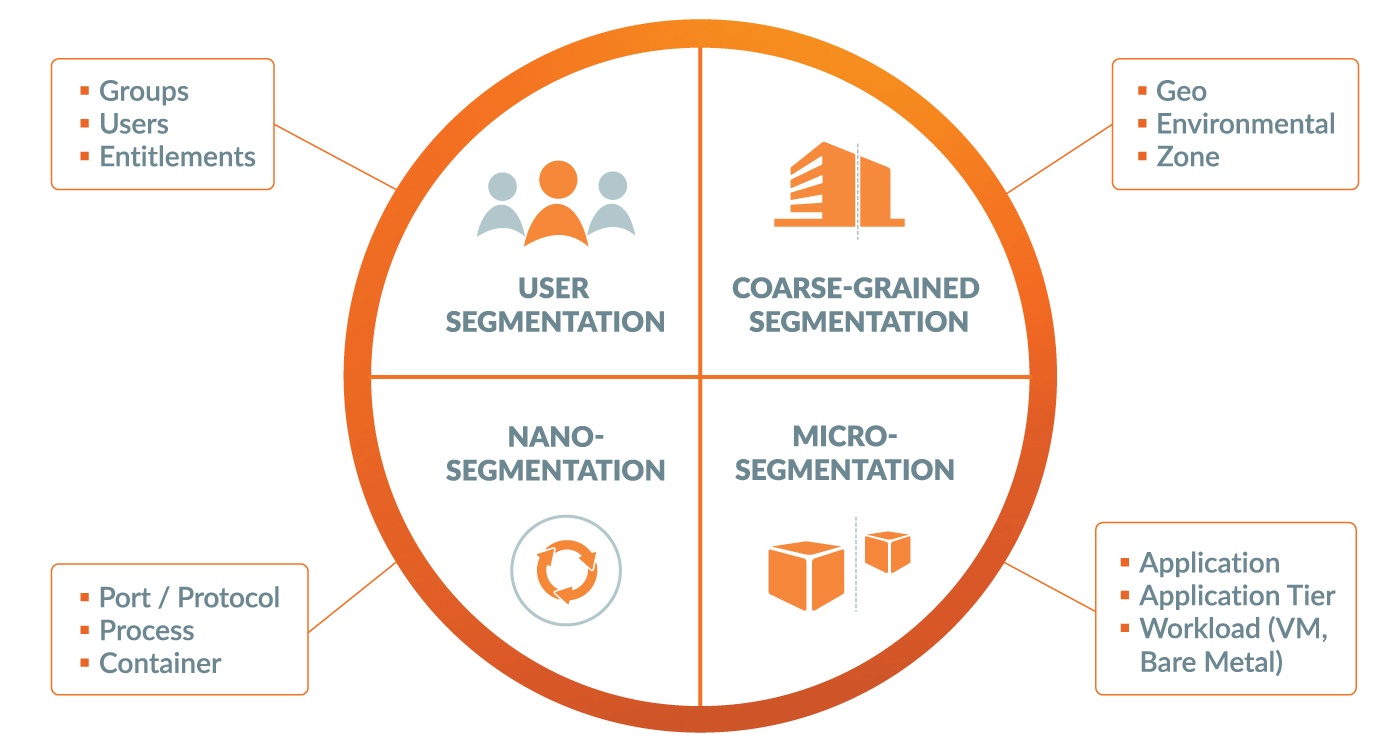 What has become obvious to us is that the flexibility and simplicity of the metadata-driven policy model coupled with the distributed and dynamic architecture of the Policy Compute Engine (PCE), the "brain" of the Illumio platform, is powerful. The PCE's declarative policy models and the intelligence to adapt to change – allowing applications to scale or new instances to be deployed without any additional work – is driving people to ask us for the next phase of the journey: coordinated controls across multiple policy enforcement points.

The future for the platform is to embrace network and cloud-based enforcement controls. To bring the simplicity and intelligence that the PCE brought to host-based controls to network infrastructure from Cisco and Arista, as well as Amazon and Microsoft Azure Security Groups, in a coordinated and unified way.

This is the power of a good abstraction.